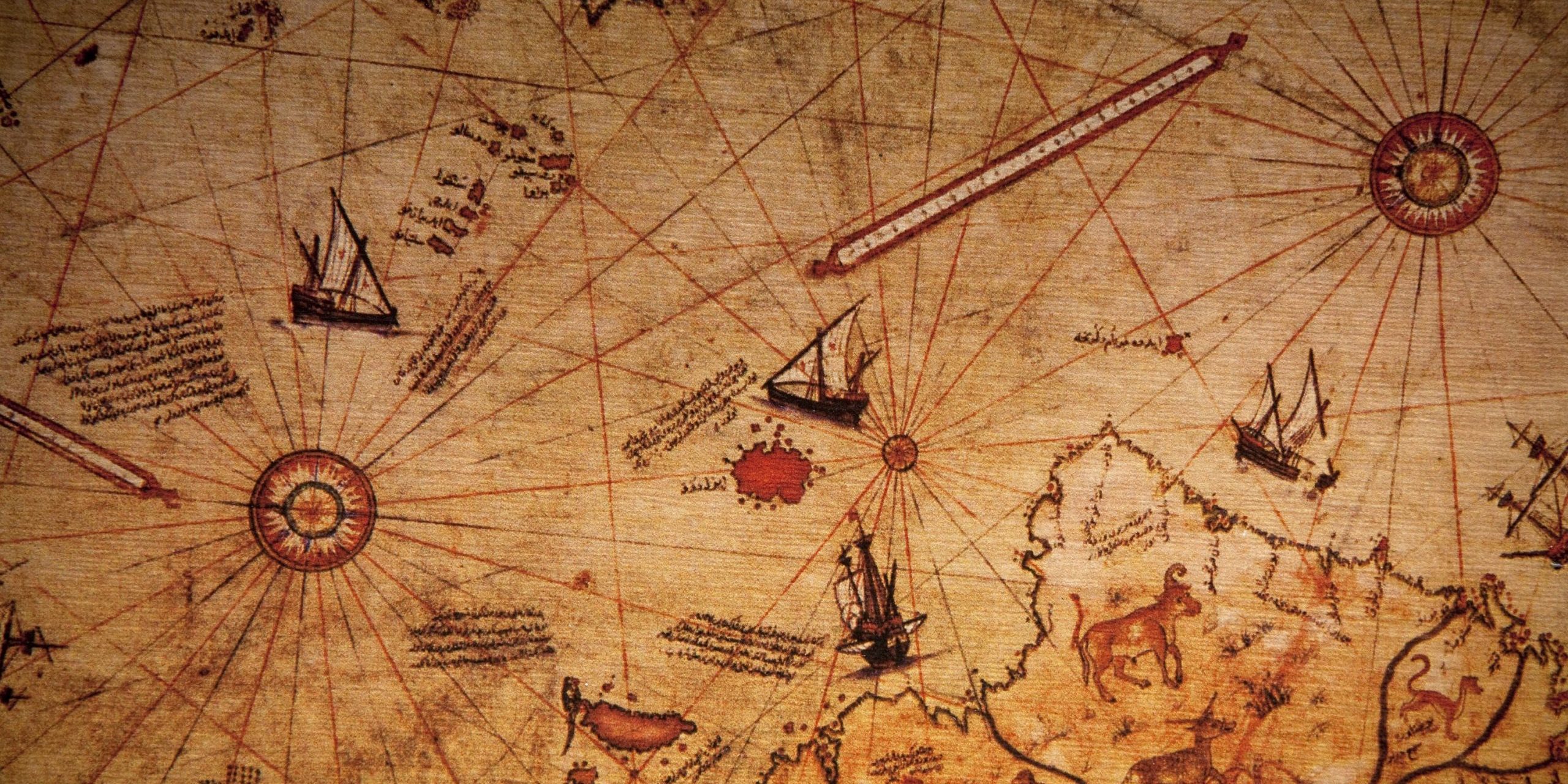 In the year 1513, an Ottoman admiral and cartographer by the name Piri Reis compiled and created a world map. This is now called The Piri Reis Map. The map has intrigued many. This is due to the map’s historical importance. It demonstrates the exploration of the New World around by year 1510. Admiral Piri Reis stated that he had used various older maps, about a dozen or so. Some Arab, some Indian, and Portuguese. The map shows western coasts of the continent Europe and Africa, as well as the coast of Brazil with high accuracy.

This medieval-era map, discovered in a Turkish palace in 1929, is without a doubt dated 1513. The map is drawn on a piece of gazelle skin. Yet, it shows knowledge of faraway lands well beyond the areas European explored. Europeans simply did not know about land features in such detail in the year 1513. When Piri Reis created the map, he consulted as many as 20 different maps. Some dating back to the time of Alexander the Great. Piri Reis being a cartographer, carefully noted his sources.

The most phenomenal part of the map is that is shows Antarctic land mass. The map in detail shows mountain ranges, coastlines, and this highly accurately. This is without the layer of ice and snow. How is this possible? Antarctica is now more than 98 percent covered in glacial ice and snow. We did not even discover Antarctica until the year 1818. This is several hundred years after the creation of the Piri Reis map. Again, how is this possible? Furthermore, the map shows Antarctica attached to South America.

The coastline and land was unfamiliar to us until 1961, when a captain in the U.S. Air Force noted the outline of the southern land mass. He was in the cartography division of the U.S. Air Force. The Piri Reis map shows interior land features as well. Not just coastal features, but rivers, mountains, all very accurately portrayed. Experts simply are not sure what to make of this map.

There are too many mysteries surrounding this map. One is certain, it cannot be ignored. It clearly shows knowledge, we thought we did not have at such early time in human history. It contradicts continent movements, timelines, ice ages, and more. What do you think about The Piri Reis map?