About the Author: Daniel River 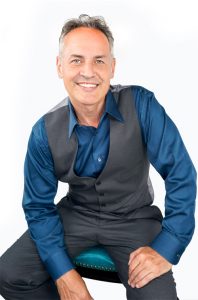 The Antarctic has always been a magnetizing draw for Daniel River. This passion made him into an arctic author. As he completed his doctorate in physics, he made time to research Antarctica and all its mysteries. He was that fascinated by Atlantic mysteries. Daniel River was born in Hanover Germany and raised across multiple countries and continents.

Mysterious places have always fascinated him. He has been an adventurer, traveler, researcher, and writer. Now, an Antarctica author. When he is not writing, he can be found wandering through nature, exploring the wilderness, or relaxing with his Maine Coon cat Sam. Daniel is best known for writing mystery thrillers and currently lives in Oregon, U.S.

Before he started writing mystery thrillers, Daniel started several businesses across multiple industries. After that, just to shake things up, he went into physics and the study of mysterious ancient places. Daniel loves transporting readers to a place where the mysteries are still alive and undiscovered.

He believes that this planet holds many mysteries and that humanity still has to uncover many truths about geographical locations and ancient history such as Antarctica. An Antarctica author, Daniel River is working on several books about Antarctica. Arctic Ave is his most recently released book. Arctic Record is scheduled to be published December 2022. A thriller and second book involving Antarctica. A treasure hunting expedition gone horrible wrong. The third book about Antarctica is scheduled to be released in 2023. Arctic Masons is a thriller about the Murdock station in Antarctica. Daniel is establishing himself as an arctic author.

Daniel River enjoys writing about places not well explored. He is intrigued by the organic natural mystery these places provide. The geographical uncertainty already provides a sense of thrill for many readers. Daniel enjoys creating Antarctica stories. The possibilities seem endless at times. If you enjoy far remote place such as Antarctica, try the most recent book Arctic Ave. It is easy to allow the mind to wonder. Daniel’s books introduce his readers to these far remote mysteries and places through thrilling stories, characters, and more. Read his first book Arctic Ave now. Enjoy!