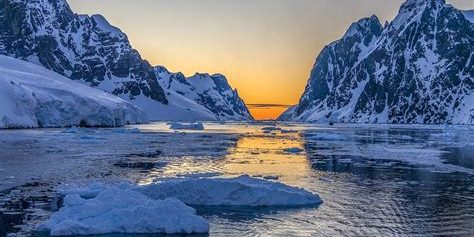 Southern Ocean around Antarctica has been recognized by the non-profit organization National Geographic Society as the fifth ocean. There are now five oceans on the planet, according to the National Geographic Society. The non-profit organization stated, it has decided to accept the body of water around Antarctica as a separate ocean. Oceans, for the sake of argument, are a social construct. There is but one ocean on our blue planet, covering 71 per cent of the surface of the Earth. However, humanity has always created artificial boundaries to define regions, countries, and oceans called “maps”. Earth now has five oceans, the well named Southern, joining the global family alongside the Atlantic, Pacific, Indian, and Arctic Oceans.

The Southern Ocean is a more than 7.8 million square mile mass of water, occupying more than twice the area of the US, that surrounds Antarctica. The Southern Ocean has long been recognized by leading scientists, but because there was never an agreement internationally, it never officially was recognized. Most oceans are defined by the continents that surround them, but Antarctica has natural boundaries within the water itself.

One of those natural boundaries is the Antarctic Circumpolar Current (ACC), which has been ferrying water around the southern continent in a circle for the last 24 million years. The waters within this circle are distinct, tending to be colder and less salty than in other places. In addition, there are thousands of species that can only be found in the Southern Ocean, and others who use it as an important stop on global migration journeys, like a variety of species of whales.

Antarctica is certainly one if not the most unique places on planet earth. If earth now has five oceans, Antarctica deserves to have one. Anyone who has been there will have a hard time explaining Antarctica, but they’ll all agree that the glaciers are bluer, the air colder, the mountains more intimidating, and the landscapes more captivating than anywhere else you can go on planet earth.