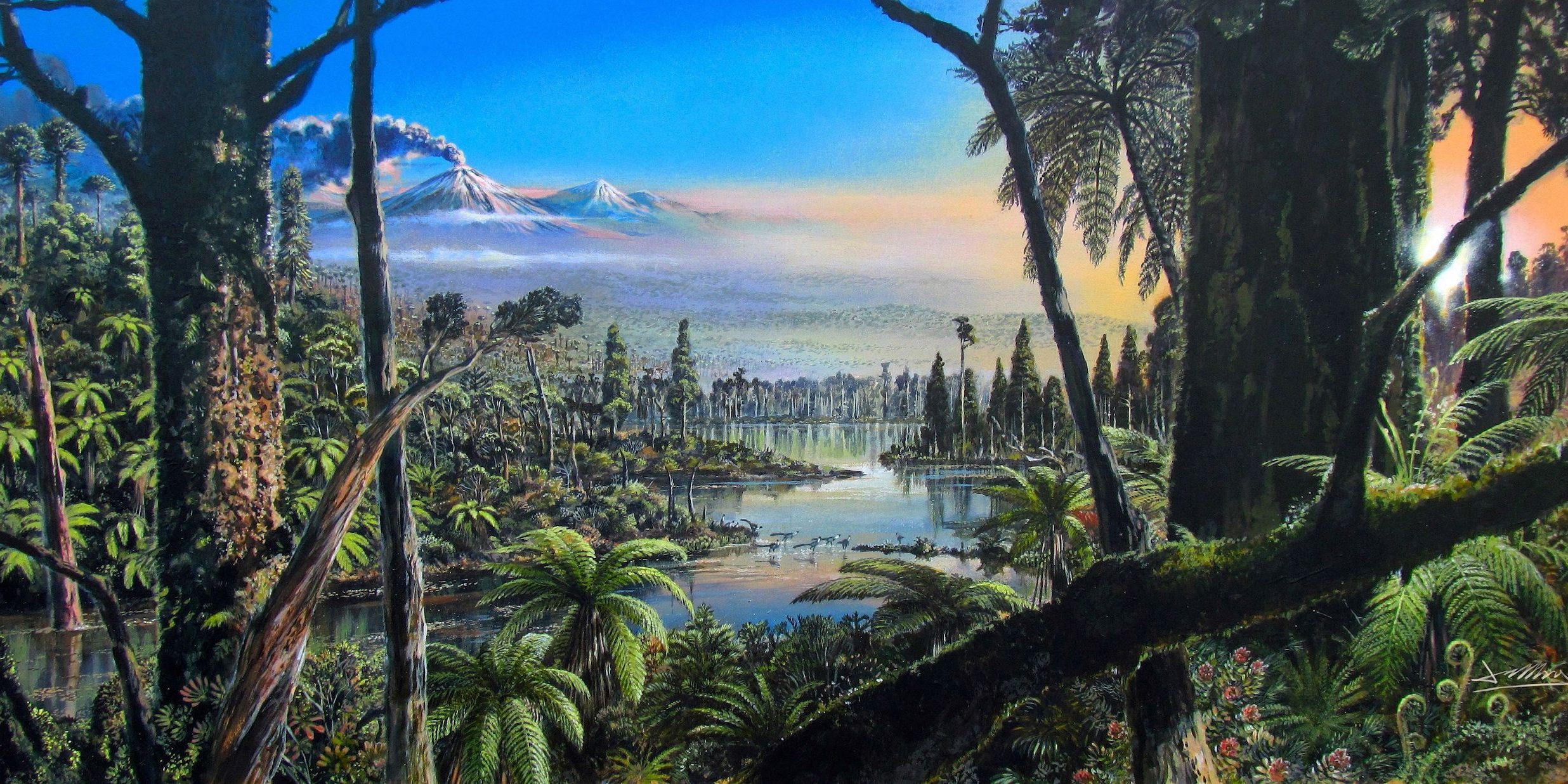 In 2017, during an expedition aboard the RV Polarstern in the Amundsen Sea, Antarctica ancient rainforest discovery. Researchers drilled deep into the ground underneath the seabed of West Antarctica. It was near to the location of the Pine Island and Thwaites glaciers. Only about 560 miles away from the South Pole. What the team pulled up, at depths of around 80-90 feet, starkly contrasted with the sediment composition resting closer to the surface.

During the initial assessments, the unusual coloration of the sediment layer quickly caught experts attention. Geologists from the Alfred Wegener Institute, Helmholtz Centre for Polar and Marine Research in Germany analyzed the findings. The first analyses indicated that, at a depth of 80-100 feet below the ocean floor, we had found a layer originally formed on land, not in the ocean.

The team was in uncharted territory. It was the first time, someone pulled a Cretaceous Period sample out of the ground from such a southern point on the globe. The research team can’t have been prepared for what closer examination with X-ray computed tomography (CT) scans would reveal. Back on land, scans described a complex network of fossilized plant roots. Microscopic analyses also found evidence of pollen and spores, all pointing to the preserved remains of an ancient rainforest that existed in Antarctica. A true Antarctica ancient rainforest discovery.

“The numerous plant remains indicate that the coast of West Antarctica was, back then, a dense temperate, swampy forest, similar to the forests found in New Zealand today,” say paleontologists. Scientists believe over 90 million years ago, Antarctica was a lush fruitful land. Full of flora, fauna, animals, and more. So, when did things actually change? We do not know exactly. What lies below several miles of ice still? We really do not know. It will be interesting to find out what species survived. What climates exist in micro-bubbles under several miles of ice.